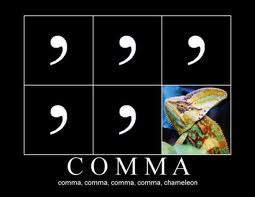 Use commas as an aid to understanding. Too many in one sentence can be confusing, whereas too few can result in serious misunderstanding.

It is not always necessary to put a comma after a short phrase at the start of a sentence if no natural pause exists there: On August 2nd he invaded. Next time the world will be prepared.

But a breath, and so a comma, is needed after longer passages: When it was plain that he had his eyes on Saudi Arabia as well as Kuwait, America responded.

Commas are sometimes imperative to aid understanding, for example to stop your guests from eating Grandpa: 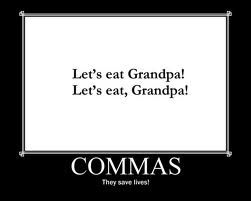 If the clause ends with a bracket, which is not uncommon (this one does), the bracket should be followed by a comma.

Do not put a comma before and at the end of a sequence of items unless one of the items includes another and. Thus The doctor suggested an aspirin, half a grapefruit and a cup of broth. But he ordered scrambled eggs, whisky and soda, and a selection from the trolley.

Do not put commas after question marks, even when they would be separated by quotation marks: ‘May I have a second helping?’ he asked. 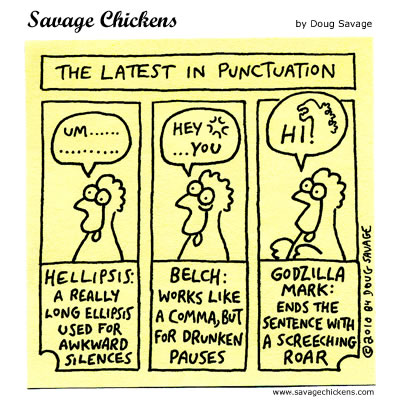 1. People who perform well on this test tend to have the capacity to readily understand reports and documents.

2. People, who perform well on this test, tend to have the capacity to readily understand reports and documents.

Which one is right? Number 1.

Such as… and ‘as’: where to place the comma

Incorrect: ‘In jobs, such as fighter pilots, costs have been estimated at well over a million dollars to train each job incumbent.’

This reads as ‘In jobs, costs have been limited…’

The phrase ‘… jobs such as fighter pilots’ should not have a comma.

However, this is correct: ‘In certain jobs, such as fighter pilots, costs have been estimated at well over a million dollars to train each job incumbent.’

‘Such as’ meaning ‘for example’

The Grammar Exchange Archives has the following explanation (pasted from a more comprehensive posting):

‘…such as (in its function that is similar to that of including) introduces a member or members of a category; a class of things or people. It introduces one or more examples of the larger category. For example:

Items introduced by such as are representative of a category, to give some idea of the kind of items that are being talked about. When such as introduces examples of a category, it is usually preceded by a comma, as in the examples above.

Sometimes such as does not mean ‘for example’ but rather ‘like’:

There are crystals, of substances such as [like] tourmaline, which are sensitive to the polarisation of light.**

Irresponsible people such as [like] your little brother shouldn’t be allowed to drive!
Sometimes such as is followed by a full clause, in which case it means ‘of a/the kind that…’ With this meaning, such as has no comma: This will be a disaster such as the world has never seen.
or
We may disclose … personal information about you, such as we have described above, to the following types of third parties.

[The manager] would improve performance by finding out about the person as a basis for adapting your approach and showing appropriate empathy (no comma before ‘as’ here!) 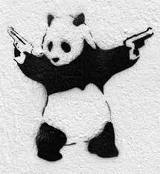 The bartender yells for him to stop. The panda bear asks, “What do you want?” The bartender replies, “First you come in here, order food, kill my waiter, then try to go without paying for your food.”

The panda bear turns around and says, “Hey! I’m a Panda. Look it up!” The bartender goes into the back room and looks up panda bear in the encyclopedia, which read: “Panda: a bear-like marsupial originating in Asian regions. Known largely for its stark black and white colouring. Eats shoots and leaves.”