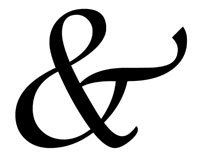 The ampersand (&) is not used for general purposes in printed text. Its use is restricted to company names and titles in display work, and it is sometimes used in references to the work of joint authors or editors, in bibliographies or in parentheses, e.g.:

In the body of the text, the word ‘and’ itself replaces the ampersand. 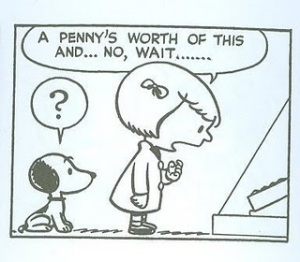 An ellipsis (three dots) may be used to indicate either a pause in speaking or an omission of one or more words in a quoted passage. There should be a space before and after the ellipsis.

‘Sigh no more, ladies … men were deceivers ever.’

If something is left out between sentences, use an ellipsis at the end of the sentence. A sentence ending in an ellipsis may conclude with an additional full stop , however this is not obligatory.

An ellipsis can indicate a trailing thought. In this instance, do not leave a space between the last word and the ellipsis.

‘The man was clearly telling the truth. But then again….’

More on the ellipsis

Often called a dash, the em rule (—) is approximately the length of the letter m. It is set close up to words on either side of it (i.e. no spaces on either side). Use:

For Australian Government publications, do not use a spaced en rule as a substitute for an em rule.

(* If you’re ever trying to write something to confuse the reader, use lots of em dashes. Start and stop thoughts willy-nilly. In dialogue, this is a great way to imply the speaker is scattered. – Tom Schoenborn)

En rules (–) are about half the size of em rules and about the width of a letter n. Use:

More on the em and en dash